About Books Blog 31: Valley of the Dolls 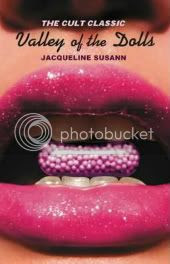 
That's it my lovely followers. I think I might have gotten a little Wiki wild on this one. Oh the joys of Wikipedia. Happy reading and keep it shiny!
Posted by Jazz R.J. at 12:17 AM